Advice
Prev Next
Posted in: Infographics, Buying a home

Infographic | Why is Minnesota so great? Let us count the ways 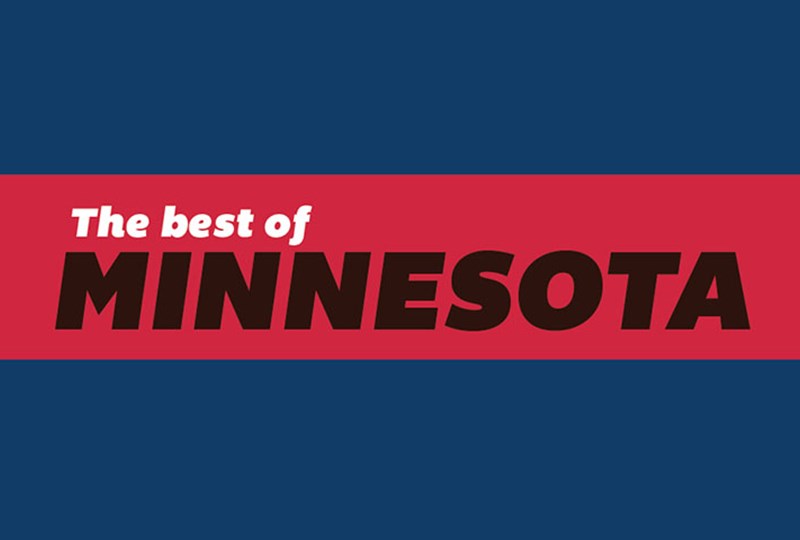 Every year when the freeze comes in, we wonder what we’re all doing here, anyway. Snuggle up by the fire while you remember what makes Minnesota so great.

St. Paul residents are the healthiest folks around – our capital was rated the fittest city in the nation by Forbes. Plus, Commonwealth Fund says St. Paul has the best healthcare of any metro in the nation.

We have jobs – you want one?

In July, the Bureau of Labor stated that St. Paul also had the lowest unemployment rate of any major U.S. metro. Plus, we're still growing our business sector – in 2013, Forbes called Minnesota the 8th best state in the nation for business.

We have glorious, face-warming beards

Buzzfeed named Minnesota the “most hipster state” a few years back, but we were so busy wearing battered Red Wing boots and riding fixies that we didn’t even notice. 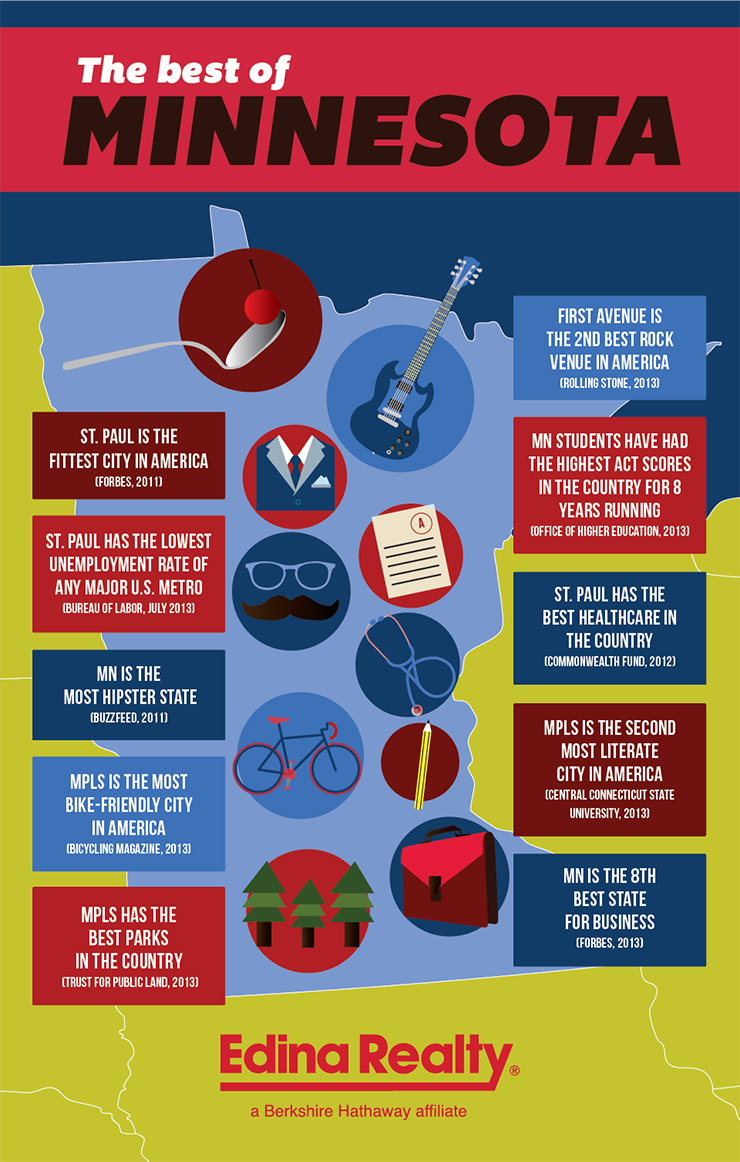 Speaking of bikes, Bicycling Magazine named Minneapolis the most bike-friendly city in the United States.

We pride ourselves on parks

According to the Trust for Public Land, Minneapolis is home to the best parks in the country. Because we only get to enjoy them five or so months out of the year, this is an even more amazing accomplishment on our part (if we do say so ourselves).

We have First Ave, and no one else does

Ever been to a concert at First Ave where the performer hasn’t remarked how grateful they are to be performing there? Neither have we. First Avenue was named the second-best rock venue in America by Rolling Stone Magazine.

The Office of Higher Education recently issued a report showing that Minnesota students have had the highest ACT score for eight consecutive years. Plus, Minnesota is the second most literate state in the nation, according to Central Connecticut State University.

Infographic: How does a balanced market affect buyers and sellers?

Infographic: Top 10 things to do and see this fall in Minnesota and western Wisconsin