Advice
Prev Next
Posted in: Homeowner tips, Buying a home 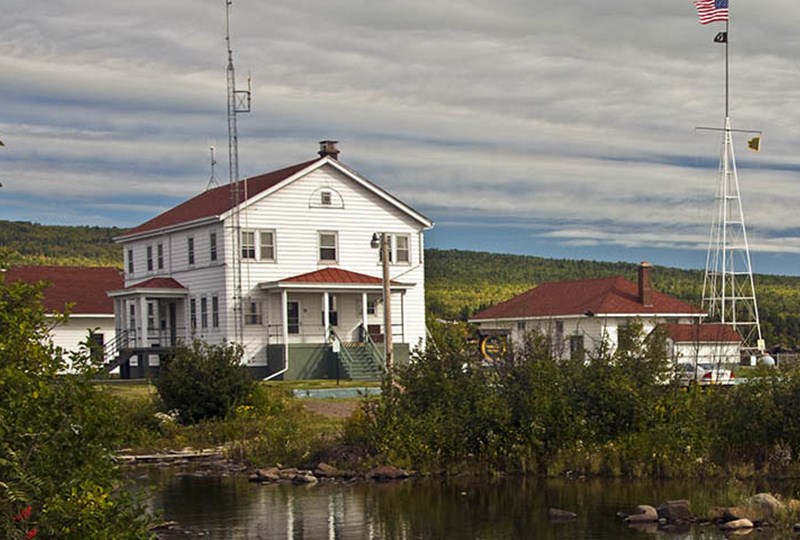 Wondering what markets are trending upward? It can be hard to spot an up-and-coming neighborhood, but we looked at our local housing markets to see which areas are seeing a major rise in popularity. Here, we break out what’s behind the growth in the Saint Anthony Park neighborhood in St. Paul, the community of North Minneapolis, and the cities of Grand Marais and Northfield, Minnesota.

The neighborhood of St. Anthony Park was recently profiled by The Star Tribune, and it’s not hard to see why. At once charming and urban, St. Anthony Park is a hidden gem that lies in northwest St. Paul, just west of the Minnesota State Fairgrounds.

The small-town feel is reinforced by the walkability of the neighborhood, which includes everything from a grocery store to an independent bookstore to multiple coffee shops, bakeries and restaurants like Muffuletta Café. On the busier University Avenue is Caffé Biaggio, known for its authentic Italian food and impeccable service.

The great news for buyers looking for homes in St. Anthony Park? After years of low inventory, new listings in January 2015 in the neighborhood are up 35 percent over last year (Northstar MLS). Though prices have risen 41 percent in the area since February 2013, buyers will be thrilled to know that homes in St. Anthony Park are selling for a median price of $230,000. (Northstar MLS).

St. Anthony Park is a small neighborhood where you’ll find everything from graduate student condo options to larger Victorians.

You’ve likely heard about the boom in Northeast Minneapolis over the last five years, as the previously industrial area turned into a haven for young people promoting arts, culture, supper clubs and microbreweries. Now the buzz seems headed just over the river to North Minneapolis, where home sales are up and new residential development is underway. This recent article highlights rising prices in North Minneapolis, especially for homes near the parkway or within the “Near North” community.

Near North is comprised of six neighborhoods east of Bryn Mawr and Theodore Wirth Park, and south of Lowry Avenue. Near North’s six communities are Harrison, Hawthorne, Jordan, Sumner-Glenwood, Willard-Hay and the Near North neighborhood itself. Even in the slower winter market, January 2015 pending sales in the Near North community were up 5 percent over the previous year. This increase also occurred as North Minneapolis foreclosures continue to dwindle. Since October 2008, foreclosures in Near North have decreased 88 percent. (Northstar MLS)

A decrease in foreclosures usually means an increase in home prices. That’s true, though North Minneapolis home prices remain very low compared to the rest of Minneapolis and the state as a whole. The median sales price of a traditional (non-foreclosed or short sale) home in Near North in January was $125,000.

What’s next for Near North Minneapolis? We expect foreclosures to keep dwindling, and for the area to slowly turn over in the next few years. There’s no shortage of starter homes, duplexes and one-and-a-half story homes in Near North, making it an easy fit for a family of any size. As for mirroring the cultural boom in the NE neighborhood, demand from local homeowners could drive up commercial and retail development in North Minneapolis over the next few years.

Let’s head north, just off the shores of Lake Superior, to the town of Grand Marais. Grand Marais is known as a scenic arts community, and anyone who has spent time on the harbor, Gunflint Trail or traversing the Sawtooth Mountains will know why. The natural landscape of Grand Marais breeds a steadfast confidence among its 1,300 residents, who are all too eager to share their favorite haunts and activities with you. (Do not leave town without trying Sven and Ole’s pizza or you may not be let back in.) This winter, Grand Marais was also in the running for the title of America’s Coolest Small Towns 2015, via BudgetTravel.com.

If you’re looking to buy a home in Grand Marais, you’ll be comforted to know that the median sales price in the town has been hovering around $215,000 since June 2014. (Northstar MLS) That kind of stability is hard to find in today’s housing market, where prices in many hyperlocal market areas are rising each month.

As we thaw out from our winter and enter into spring, there’s no better place to be than near the water. Whether you’re looking for a home overlooking Lake Superior or further inland, you’ll find plenty to choose from in Grand Marais.

Search for homes in Grand Marais.

Hoping for something further south? The city of Northfield is just 45 minutes south of Minneapolis, but the southern sprawl has turned Northfield into somewhat of a bedroom community in recent years.

That isn’t to say Northfield doesn’t retain its rich local history. Northfield celebrates “The Defeat of Jesse James Days” festival every fall, and the city’s downtown is still situated on either side of the Cannon River (the town got its start as a lumber and flour mill center). Plus, as the home of both Carleton College and St. Olaf College, Northfield boasts a strong educational background.

Due to its historic significance and recent growth, Northfield offers everything from single family ramblers to larger new construction estates. The median sales price of local homes rests at $185,000, and pending sales were up 5 percent even in the slow market month of January. While inventory remains low in the area, Edina Realty manager Rachel VanDenBoom was just quoted saying that the shortage is in the new construction townhome market.

If you’re hoping to live in a quiet city that’s growing in both population and culture, we recommend looking at the homes for sale in Northfield, Minnesota.

The importance of community

While the areas and cities we’ve highlighted couldn’t be more different, we want to point out that a true community is at the heart of each of these rising markets. Northfield’s community is rooted in history, and North Minneapolis is pushing for local retail and commercial development. Grand Marais’ community is centered on both nature and art, and St. Anthony Park embraces its proximity to academia while standing firm against chain stores and food establishments. Every community is built and sustained by the people who live within it. While we’ve shown just four of amazing places to live in Minnesota, there are hundreds more to choose from across the state and into western Wisconsin.

If you’re hoping to buy a home in the next few months, call, email or chat today with any questions or let us know what you’re looking for in an agent and we’ll match you with one of our 2,300 local real estate experts. They’re just as passionate about community as you are and will help you find the perfect place to call home.

11 packing and moving tips for the big move