Advice
Prev Next
Posted in: Selling a home, Homeownership, Buying a home 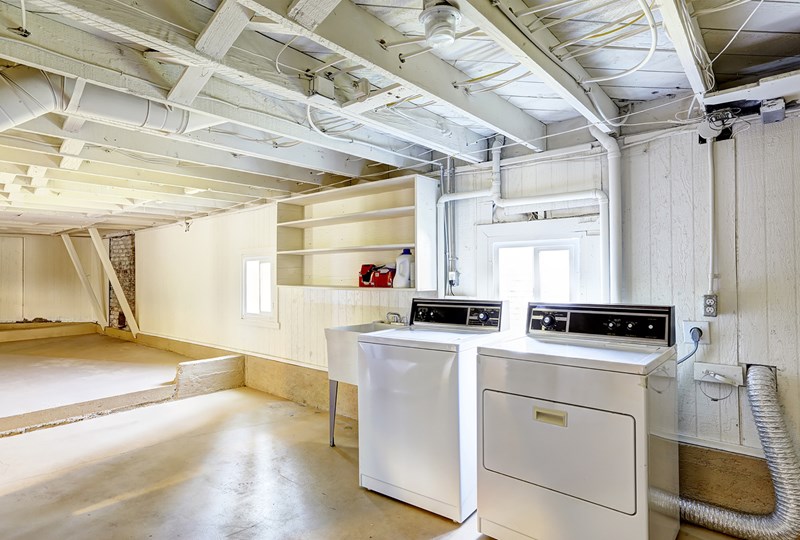 When buying a home, it can be tricky to know what counts as square footage and what doesn’t. For example, two similar-style homes on the same street could vary significantly in price and square footage depending on how they’ve been updated or maintained over the years.

As you search for homes, here are insights you can use to determine what actually counts as finished square footage.

What is included in the square footage of a house?

To count as finished square footage, a house typically must include four attributes:

In cold-weather areas, that means that the space must have full windows (not just screens) and heat capability in the winter. In general, areas like staircases and closets count as finished square footage. Spaces like garages, three-season porches and unfinished basements or attics are not included in the square footage of a house. But if a basement or attic has been “finished,” then the space may be included in the home’s square footage if it also meets ceiling height requirements.

Square footage and the MLS

One way to find out more information about a home you’re interested in, including square footage, is through information from the Multiple Listing Service (MLS). The MLS is a service real estate agents use to publish their active property listings so that consumers and agents can search for-sale homes and view them online.

Each MLS has different rules on how to report and what counts as finished square footage, but they all seek to standardize housing data so that you have the most accurate information and can trust the listings you find online.

When does a basement count as finished square footage?

The answer to this depends on where you live, as local governing bodies may choose to calculate square footage differently. But in Minnesota and western Wisconsin, if your basement has a finished floor, wall covering, ceiling and heat, then its square footage can be included in the total finished square footage of the house.

Keep in mind, some MLS guidelines don’t include below-ground square footage at all, even if the basement space is fully functional. If you’re in doubt, ask the listing agent what rooms and floors were included in their calculation of the home’s square footage.

What about basement bedrooms?

Generally speaking, the room must meet the city’s requirements for a bedroom in order to be called a “bedroom” in the property listing. For a basement bedroom, that would typically require an egress window, in addition to the square footage requirements.

When does an attic count as finished square footage?

Some people wonder if an attic can be included in the finished square footage of a home if there is a pull-down ladder or existing stairway to the space. To be included in the square footage, an attic would first need to meet the same criteria as any other space — heating, flooring, ceiling and wall covering. It would also need to be accessible by a conventional stairway.

But what about non-traditional floor plans, like a 1.5-story layout common in older homes? Or a four-level split floor plan? The second level of a 1.5-story home often can be included in the finished square footage count, but only if the ceilings are of sufficient height. For example, in some MLSs the ceiling must be at least seven feet at the highest point. Spaces where the ceiling is less than five feet tall must be excluded entirely from square footage.

Is a porch included in a home’s square footage?

If a porch isn’t heated or only has screens (with no glass windows), then it is not part of the finished square footage count.

What about stairwells and closets?

Any space that has walls, flooring, ceiling and heat would count as finished square footage. So, it’s likely that stairwells, closets, walk-in pantries and other areas you might be questioning would contribute to the square footage count of a home.

How to calculate square footage of a home

If you plan to measure room by room, simply grab your measuring tape and multiply the room’s width by length to get the space’s total square footage. For example, if your living room is 20 feet wide by 15 feet wide, then you’d calculate 20x15 to get 300 total square feet.

How do agents calculate the square footage of a property?

This is a great question and the not-so-great answer is, it depends on the listing agent.

In many cases — and this is often said to be the “right” way to measure — the agent may start by measuring around the outside base of the house. Using that foundation size, the agent can calculate the total square footage. In other words, for a symmetrical two-story home, they could double that square footage number to get the total finished square footage for both levels (deducting any space that is left unfinished).

In some cases, a listing agent may go from room to room, calculating the exact square footage of each space that meets the criteria. From there, the agent would add up the square footage to present a precise total in the home’s listing.

And sometimes, agents might rely on government records or past MLS listings for information. This can lead to inaccuracies in the reported square footage, as the homeowner may have finished a basement, attic or enclosed and heated a three-season porch to enjoy year-round in the time since the records were last updated.

When in doubt, it’s okay to ask the listing agent how the square footage of the home was calculated — and what was included in the square footage count. Plus, remember that buyers are welcome to bring their own measuring devices along if they want to be sure they agree with what has been calculated and published.

What if I think a listing’s calculation is inaccurate?

Potential buyers should be aware that in both Minnesota and Wisconsin, the purchase agreement on a home notes that square footage measurements are approximate.

If concerned about inaccuracies, the buyer and their REALTOR® should:

You may also wonder how square footage is calculated or used within a homeowner’s insurance policy. We reached out to Scott Teece, managing producer at Edina Realty Insurance, to get the details.

“When offering coverage to a homeowner, we calculate the total replacement cost of the property,” explains Teece. “Both above ground and below ground square footage are factored into that calculation, but the cost to replace the above ground square footage is typically somewhat higher. That’s because, for example, if a catastrophic event like a tornado or fire should occur, you’d likely have to reframe the first floor and above, but not the basement.”

In other words, a 2,000-square foot house without a basement would likely have a higher replacement cost than a home with 1,000 square feet of above-ground living space and a basement sized at 1,000 finished square feet.

Have additional questions? Contact the team at Edina Realty Insurance for more information or a personalized quote.

When it comes down to it, the square footage of a home is just a number. The most important things to consider when determining if the size of a house is right for you are:

But, if the numbers are important to you, talk to Edina Realty or your agent for additional help. We are available to connect you with an experienced agent seven days a week.

Seller FAQ’s about title and the closing process

Sell your home with a home warranty