Advice
Prev Next
Posted in: Selling a home, Buying a home

Ask an Edina Realty Lawyer: What is arbitration? 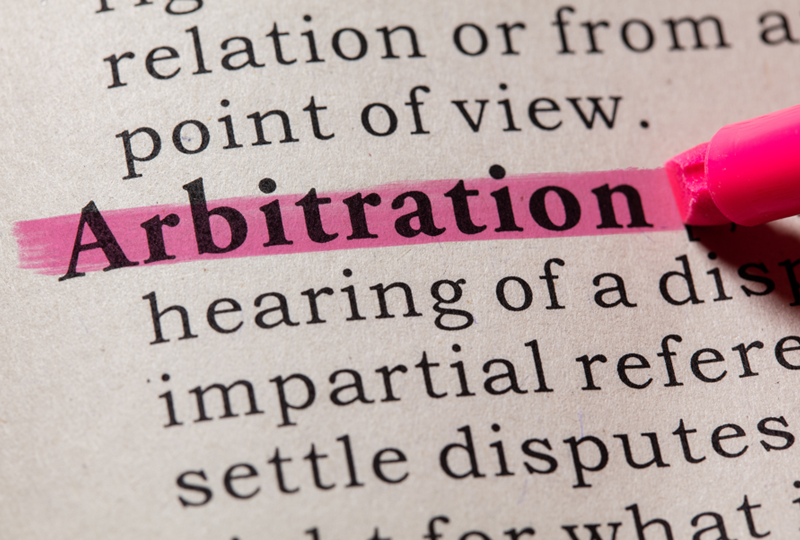 Homeownership can be complicated, but we also think it’s one of the most rewarding ventures out there. In our series, Ask an Edina Realty Lawyer, we are hoping to demystify some of the trickier aspects of buying, selling and owning a home.

In this edition, our lawyer discusses one of the decisions you will have to make when buying or selling a home in Minnesota: whether to agree to arbitration of disputes.

My partner and I are writing an offer on a house and our agent told us we need to decide if we want to have any disputes with the seller in court or in arbitration. We don’t even have a dispute with the seller! Why are we dealing with this now?

When you’ve just fallen in love with a home and are trying to put together a contract that will make it your home, it may seem strange to talk about legal disputes between you and the seller. But it’s actually quite common for the parties to decide in their contract where their disputes will be resolved if any arise in the future.

The reason the issue is addressed upfront, quite simply, is because when a dispute arises later, the parties probably won’t be able to agree on a process. The existence of a dispute often puts an end to any cooperation.

For non-lawyers, the very concepts of court and arbitration are often foreign. Let’s try to understand a little bit about arbitration.

If I sign the arbitration agreement, what am I agreeing to?

Arbitration is a method used to resolve legal disputes outside of the court system. Arbitration is a more informal process where the parties submit evidence to a trained arbitrator (as opposed to a judge or jury in court) who issues a binding decision on the matter.

In Minnesota, most real estate transactions use the forms created by the Minnesota Association of REALTORS® (MNAR). The arbitration agreement created by the association determines whether a dispute will be decided in court or in arbitration. The agreement generally applies to post-closing disputes related to the condition of the property.

So, what you are really deciding with the arbitration agreement is where claims above $15,000 will be decided: district court or arbitration.

That’s a question you’re going to have to answer for yourself. But arbitration between home buyers and home sellers has its advantages, including that:

Homebuyer/Home seller arbitration is (typically) faster than a court case

An arbitration typically takes around four months from start to finish. Lawsuits in district court usually last a year or so. We’ve seen court cases last for several years.

Unlike a district court proceeding, starting a case in arbitration is rather simple. It is accomplished with the submission of a form and an explanation of what happened, as opposed to a formal summons and complaint that is necessary for district court.

The arbitration service will appoint an arbitrator after providing the parties a list of possible arbitrators, along with their backgrounds, and giving them an opportunity to eliminate a potential arbitrator and rank the remaining ones in order of preference. The arbitration hearing itself is normally held at the home. Besides being in a more informal setting that court, being at the property allows everyone to get a close-up look to assess the issue.

Although the one-time initial filing fee for arbitration is higher than the filing fee for court, the overall expenses are almost always less. Given the complexity of district court rules and proceedings, it would be unwise to try to deal with a lawsuit in district court without a lawyer.

Because arbitration is much less complicated, we often see people participate pro se (without counsel). But even if you are represented by a lawyer, in our experience, the fees that you pay in arbitration are a fraction of what you’d pay for the same case in district court. It is extremely rare that a party gets their attorney fees paid for even if they win. So, even if you end up “winning” in court, you could be tens of thousands of dollars in the hole in the end.

There are some potential downsides to arbitration, including:

In the end, however, Edina Realty believes that the benefits of arbitration make it an option worth considering.

The Edina Realty Legal Department serves as in-house counsel for Edina Realty and does not represent private clients. This Insight is not intended to provide legal advice.

Can I sell my haunted house?

Staging? Play up your storage to sell faster

How to plant shrubs to beautify your property

Keep, toss or ask: What homeowners can and can't leave behind when selling their home

Transitional housing: How to survive and thrive