What is your threshold for mysterious events occuring at home? According to a study, nearly 60% of homebuyers said they would buy a house that is believed to be haunted as long as there was a clear benefit, such as location or square footage.

Of course, not everyone wants to live in a haunted house — many others simply want to visit them for an occasional fright! For that crowd of ghost hunters and thrill seekers, we’ve rounded up a special list for you. Here are six of the most famous haunted houses across Minnesota and western Wisconsin for you to check out. 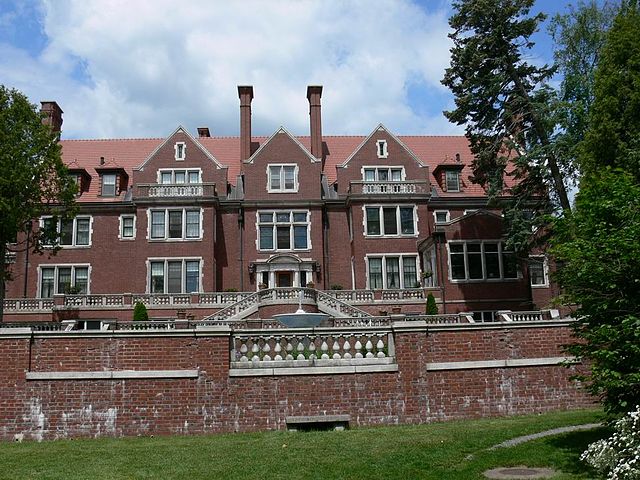 This immaculate 12-acre estate was built in the 20th century and is situated alongside beautiful Lake Superior. Today, visitors come to marvel at the property’s sprawling gardens, walking bridges, exquisite craftsmanship and, of course, the 39-room mansion.

So, where does the haunting come in? In 1977, the heiress of the estate and her night nurse were murdered. Mystery around the event still exists and sightings of ghosts and moving objects have been reported by employees and visitors alike.

If you’re interested in visiting the mansion, look into booking a self-guided tour. Here are the details: 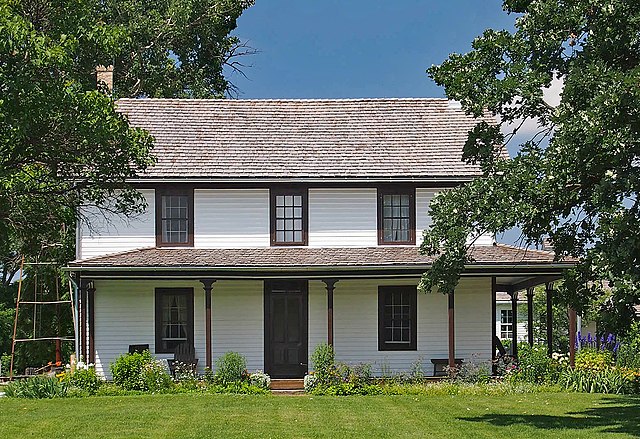 The farmhouse, now run by the Ramsey County Historical Society (RCHS), was once the scene of a grass fire that tragically took the life of a nine-year-old boy in 1867. Visitors have reported seeing a rambunctious young boy on the site, playing and causing mischief before disappearing into thin air. And, employees of the estate have unexplainably found toys splayed out on the floor of the farmhouse in the morning, appearing as though someone had been playing with them overnight.

These days, spooky sightings aren’t typically reported at the Gibbs Farmhouse. However, the site continues to offer tours and events highlighting the history of the farmhouse and the culture of the surrounding area. Tour details:

Built in 1858, the Huff-Lamberton mansion was briefly owned by the Huff family and then sold to the Lambertons, who owned the estate for 90 years.

After the Lambertons sold the property, the mansion was converted into an orphanage and later an assisted living facility. It’s rumored that little girls’ voices can still be heard throughout the home’s walls and that the attic, which contains the orphans’ belongings, is explicitly off-limits to any visitors.

Today, the haunted historic home is rented by a Winona State University sorority and is not open for tours. However, you can marvel at the exterior architecture and grounds at any time. 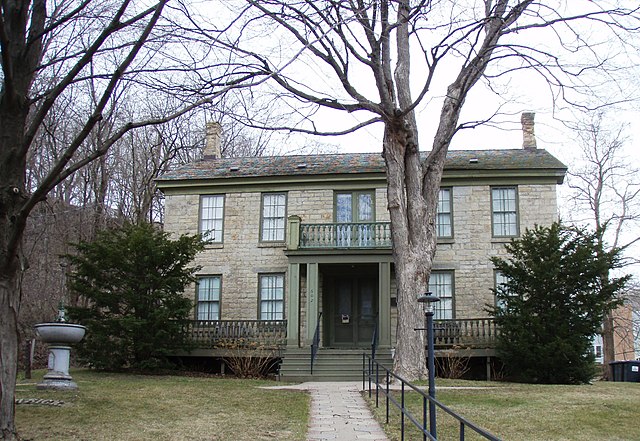 As the story goes, Warden Henry Wolfer's family is behind the strange goings-on in this building. Wolfer's daughter, Gertrude, died of complications from childbirth in 1914, and her infant was sent to live with the warden. Gertrude has been seen by guests who report that she wanders from room to room, looking for her son.

Those who wish to catch a glimpse of the hauntings can scout for flickering lights and slamming doors on weekend tours. When planning your visit, remember the following: 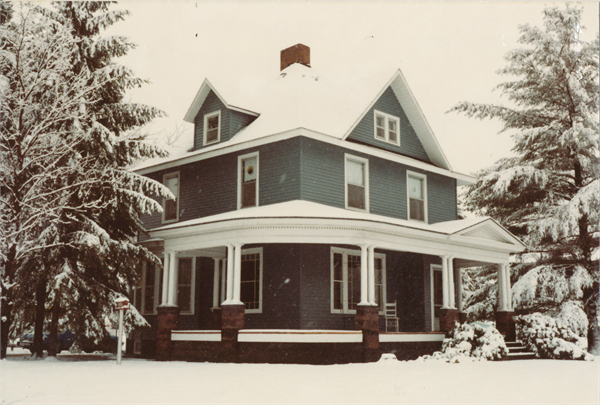 Frank Hammill was a well-to-do man. He owned the local newspaper, engineered the railroad and was president of his town. Frank passed away in his home after suffering a mysterious stomach problem in 1922, but it seems as though he loved everything too much to leave it all behind.

Even after he passed, his wife couldn’t escape the feeling that he was always there with her, and she wasn’t the only one to experience his afterlife presence. In fact, one set of homeowners sold Hammill House from fear of Frank’s ghost! As the story goes, the new owners are happy to live in Frank’s house. They’ve even heard noises and what they believe to be his voice — but that doesn’t keep them out! They welcome their “guest” Frank and continue to live happily in Spooner.

Today’s ghost hunters will be asked to view the home from the exterior.

Built on the Mississippi River as a stop for soldiers and fur traders, this home eventually served as a summer escape and office for John Banfill, Minnesota’s first state auditor. The home was eventually purchased by the Locke family, who turned the estate into a dairy farm. The Lockes were reportedly hospitable and kind, but they did have their share of ghost stories.

In 2014, a paranormal investigation was completed at the Banfill-Locke house. High-tech equipment was used to pick up video footage and audio recordings should there be any paranormal encounters. The group saw various figures and even heard a voice whispering, “Get out!” Others confirm that they’ve heard footsteps, noticed strange smells and seen ghosts on the property.

Now, you can walk the halls of the Banfill-Locke house and potentially run into a ghost along the way. The property has transformed into an art center that showcases beautiful creations throughout the year. Here’s how you can visit:

Ready to buy a less-than-haunted house?

If you’re more interested in touring homes for sale than visiting our area’s most famous haunted sites, get in touch with Edina Realty or your agent today. We have local REALTORS® across Minnesota and Wisconsin who can help you tour and purchase the right ghost-free abode for you and your family.

P.S. If you believe the flickering lights in your home are more than a reparable issue, keep in mind that you can sell a house that you believe is haunted.

Want to live in a geodesic dome?