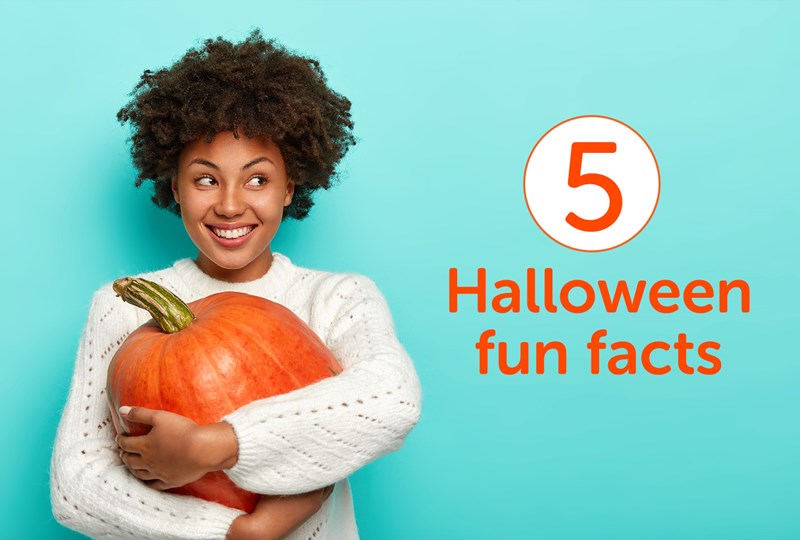 With the perfectly cool weather and changing leaves, there’s no better place to celebrate Halloween than in Minnesota. Here are five facts about the spookiest time of year in our state — and some unique opportunities for you to celebrate the season, too.

1. Anoka, MN: The Halloween capital of the world

Did you know Anoka, Minnesota, is the Halloween capital of the world? (Salem, Massachusetts also claims this title, but Anoka has an official congressional proclamation, which is good enough for us.) Plus, according to the Smithsonian, Anoka was the first town to ever host a community Halloween celebration.

Now in its 101st year, Anoka's Halloween festivities include a massive parade, a house decorating contest, spooky movie nights in the park and an eco-friendly pumpkin smash. In short, Anoka knows how to celebrate Halloween best.

Landscape enthusiasts have been creating topiary designs since the 13th century, but no one does a corn maze quite like Sever’s Corn Maze in Shakopee. For 25 years, the Sever family has delighted fall-lovers with their elaborate maze creations. Previous designs include an Egyptian sphinx, a sinking Titanic ship, and a full map of the United States.

This fall, the Severs built “Mythical Creatures,” a maze inspired by fantastic beings like mermaids, unicorns and even the Loch Ness monster. Head to Sever’s now through October 31st to enjoy this awesome Minnesota tradition.

Depending on how old you are, you may remember the Halloween Blizzard of 1991, when nearly 30 inches of snow were dumped over the Twin Cities. During that whiteout, trick-or-treaters were met with unsafe weather conditions, 11 counties were declared federal disaster areas and more than $15 million in damage was reported.

While we often joke about the horrors of having to wear snowsuits under Halloween costumes, the severity of the storm was no laughing matter. The Halloween Blizzard of 1991 is still considered one of the top 3 historical weather events of all time in the state. And, 2021 marks the 30-year anniversary of this shocking snowfall.

4. A home to giant, award-winning pumpkins

Carving jack-o-lanterns is a Halloween activity that many look forward to year-round. But some pumpkins make such a statement that they’re left uncarved. In 2020, a college horticulture teacher in Minnesota outdid himself by turning a tiny seed into a 2,350-pound pumpkin. Weighing in at over a ton, not only did this pumpkin break state records, it was also titled the largest pumpkin in North America!

5. Special festivities at the Mall of America

We get to boast that Minnesota is home to the Mall of America all year long, but that fact gets an extra special twist around Halloween. Each year, the shopping center celebrates the spooky season with mall-wide holiday festivities.

This year, Mall of America is hosting Mall-O-Ween, a holiday-themed scavenger hunt from October 27th through the 31st. Get ready to dress up in your best costume and complete the hunt for sweet treats around the Mall of America.

Want to live in a geodesic dome?