Advice
Prev Next
Posted in: Buying a home, Selling a home, Luxury homes, New construction, Getting a mortgage, Market insights

What 2018 buyers and sellers can expect from our local market 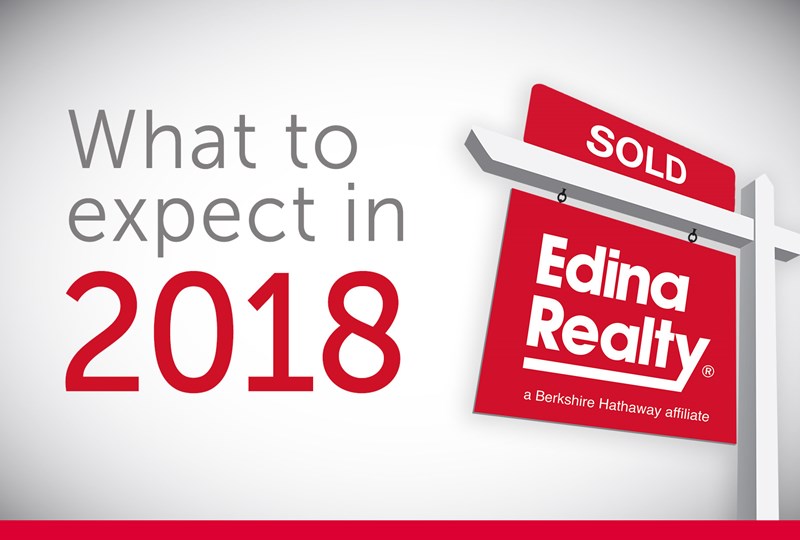 With 2017 nearly in the books, many people are wondering what’s ahead for real estate in 2018. While I don’t have a crystal ball, current market trends and the state of the local economy can help inform some predictions for what’s to come. But before I get started, let’s take a look back at 2017.

2017 often brought challenges for entry-level buyers, who found themselves competing over a limited supply of homes in lower price points. The competition fueled an increase in prices and often meant a fast sale and closing for sellers, but left some buyers extending their rental agreements and reconsidering their must-haves for home shopping. Overall, the lack of supply left 2017 looking and feeling a lot like 2016—both of which were strong and active markets that saw price increases and low mortgage rates.

We expect that the Minnesota and Wisconsin housing markets in 2018 will look a lot like 2017, but could be impacted by tax reform. Whether you’re buying, selling or just like to keep up with the housing market, here are insights you can use as we enter a fresh new year.

As I mentioned earlier, tax reform and a cap on mortgage interest deductions for primary and secondary residences may be a factor in 2018’s housing market.  However, the lower cap of $750K (down from $1 million) will still allow the vast majority of Minnesota and western Wisconsin homeowners to take the deduction. Regardless of tax reform, we know that owning a home means much more to people than a yearly tax deduction, and the health of the local economy will continue to shepherd strong activity in the market.

If you’re preparing to buy or sell in 2018, Edina Realty has around 2,500 REALTORS® in nearly every neighborhood across Minnesota and western Wisconsin. Reach out now to get connected with an expert you can trust.

Ultimate guide to the 2022 Parade of Homes

Homebuyer dictionary: Every term you need to know