St. Paul development and construction shows no sign of stopping 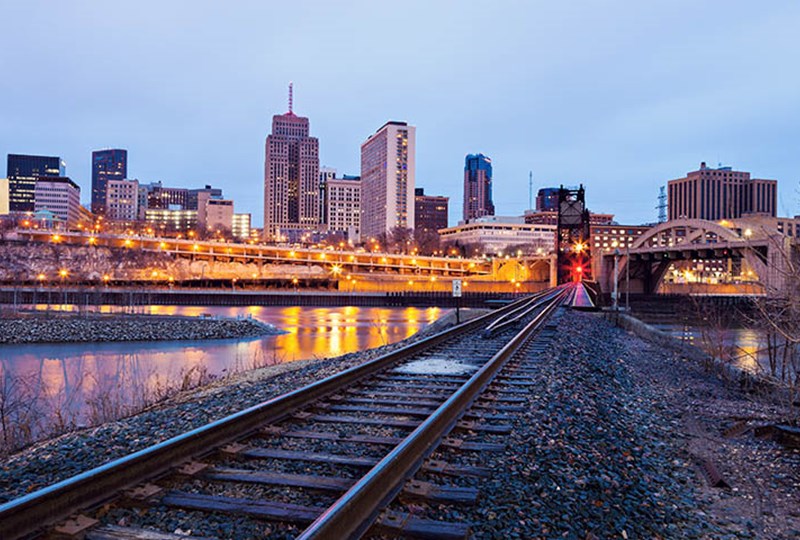 Construction projects are overtaking St. Paul, and by 2015, the “Most livable city in America” will have plenty of new attractions to show off. While many projects are in progress, St. Paul residents are most excited for a new St. Paul Saints ballpark, a practice and training facility for the Minnesota Wild and the completion of the Central Corridor Light Rail.

The St. Paul Saints, a minor league baseball team, have long played at Midway Stadium. By the 2015 season, they hope to be playing in a state-of-the-art 7,000 seat stadium in Lowertown. Final negotiations and bidding is still in the works, but those close to the project (as well as Lowertown restaurant and business owners) are confident the construction will begin sometime next year. Once built, the new stadium would also host amateur and high-profile high school games.

This season’s NHL lockout has put a slight damper on discussion for “The Pond,” a proposed training facility for St. Paul’s professional hockey team, the Minnesota Wild. The Pond would be constructed on an open lot just across the street from the Xcel Energy Center, where the team plays their regular season games. Still, city council member Dave Thune believes discussions will be reopened – the site is St. Paul real estate gold, and Minnesota’s reputation as the “State of Hockey” shows no signs of stopping.

As for a project that is further down the pipeline, the Central Corridor Light Rail is set to complete by year-end. This 11-mile project will link Minneapolis and St. Paul via Washington and University Avenues. While the infrastructure is nearly complete, testing is expected to begin in late 2013. If testing goes well, the new “Green Line” could be fully operational by 2014.

St. Paul’s development is likely to draw new residents to the city in the coming years. Whether you’re looking for a St. Paul starter home or a downtown condo on the Mississippi River, one of our Edina Realty St. Paul real estate experts can help. Contact us today for more information.