What if the inhabitants of Downton Abbey had title insurance? 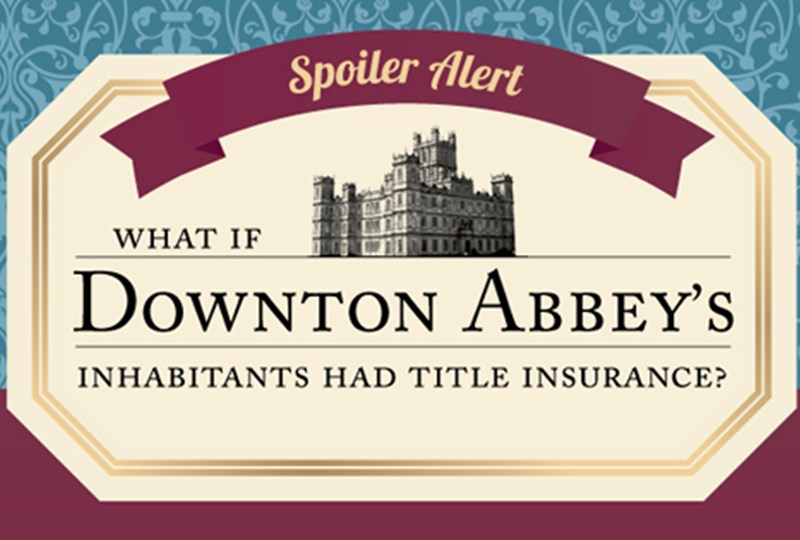 For the last five seasons, we’ve obsessively followed the lives and drama of the characters on BBC’s Downton Abbey, and we recently made an alarming discovery. This modern TV classic would have been significantly less affecting had the Earl and Countess of Grantham (Robert and Cora Crawley) simply owned title insurance.

Of course, in royal and royal-adjacent Britain in the early 20th Century, the title of a home was passed on via a system called entail or fee tail, which is a trust that overrides the “normal” sale or inheritance of property.  In the entail on Downton Abbey, the estate is passed on to a rightful male heir, as was customary with properties inhabited by Dukes, Duchesses and Earls of the time (that is, “titled” members of the British elite).

So, what would have happened if Robert and Cora Crawley had owned the estate outright, and purchased title insurance to protect their family’s interest? In short, very little. Here’s how that would have gone down.

While most (okay, all) present-day homes in Minnesota and western Wisconsin have less complicated ownership histories than Downton, properties today can still carry liens for things like a past owner’s failure to pay their taxes, mortgage or Homeowner Association fees. To be sure, these claims are much less interesting than if your deceased third cousin showed up at your door demanding ownership of your split-level Roseville home. Still, even a small claim can be an expensive hassle if you aren’t protected.

For a one-time fee at closing, you can purchase owner’s title insurance, which protects you against any future hidden claims. The specialists at Edina Realty Title will expertly research your home to help resolve title issues and claims upfront, and your title insurance policy offers peace of mind should new issues arise in the future.

Once you have secured title insurance, plan a relaxing night in watching the sixth season of Downton Abbey, which premieres in the U.S. on Sunday, Jan. 3, 2016 at 8 p.m. Central time. You may not be waited on hand and foot or able to host a fox hunt on a whim – but as the king of your humble castle, you still have a leg up on the long-suffering Crawley family.

Seller FAQ’s about title and the closing process

How buyers and sellers can prepare for the closing table

What is owner's title insurance?