Advice
Prev Next
Posted in: Buying a home, Selling a home

15 Things to know before moving to Minnesota

As a state with plenty of commerce, culture, recreational activities and towns both big and small, Minnesota is an ideal place to invest in a home or lakeshore property. If you’ve wondered whether a relocation to Minnesota is the right fit for you and your family, look no further. This article details the top 15 things you need to know before making a move to this midwest state.

Although we’re sure you’ll fall in love with Minnesota just as much as we have, relocation is a big step that requires thoughtful consideration. Here is an extensive overview of the state of Minnesota, the lifestyle of the area and the local housing market. All these details are bound to equip you to make a confident decision while relocating, and they’ll help you to avoid the common mistakes people make when relocating.

A brief overview of the North Star State

Whether you’re a young professional eager to start a career, a family that wants to settle into a new location or a retired couple in need of a downsized home, Minnesota has housing options to suit everyone’s needs. Plus, the area offers something for everyone to enjoy.

What is Minnesota known for?

Located in the Midwest of the United States and bordering Canada, Minnesota is in a unique geographic location, gifting the area with a variety of seasons, landscapes, cuisines, activities and more. Here are a few tips for living in Minnesota and fast facts regarding residents of the area — you may want to keep these details in mind when deciding whether to relocate to the area.

15 Important things you need to know before moving to Minnesota

Let’s get into the nitty-gritty details about life in Minnesota. Here’s a list of 15 things folks need to know before moving.

1. The Twin Cities have a lot to offer

Minneapolis and Saint Paul, the state’s two largest cities, are commonly referred to as the Twin Cities. This metro area is filled with diverse activities and experiences, making it a desirable location for visitors and homebuyers alike.

Whether it’s hockey games at Xcel Energy Center, experiencing unique visuals at the Walker Art Center, introducing kids to STEM at the Science Museum, or live concerts at the legendary First Avenue, the Twin Cities truly do have something for everyone. In addition, the Twin Cities are extremely walkable and connected by public transportation, making the area easily accessible to all. And don’t forget about the Mall of America — the ultimate shopping and recreation destination. 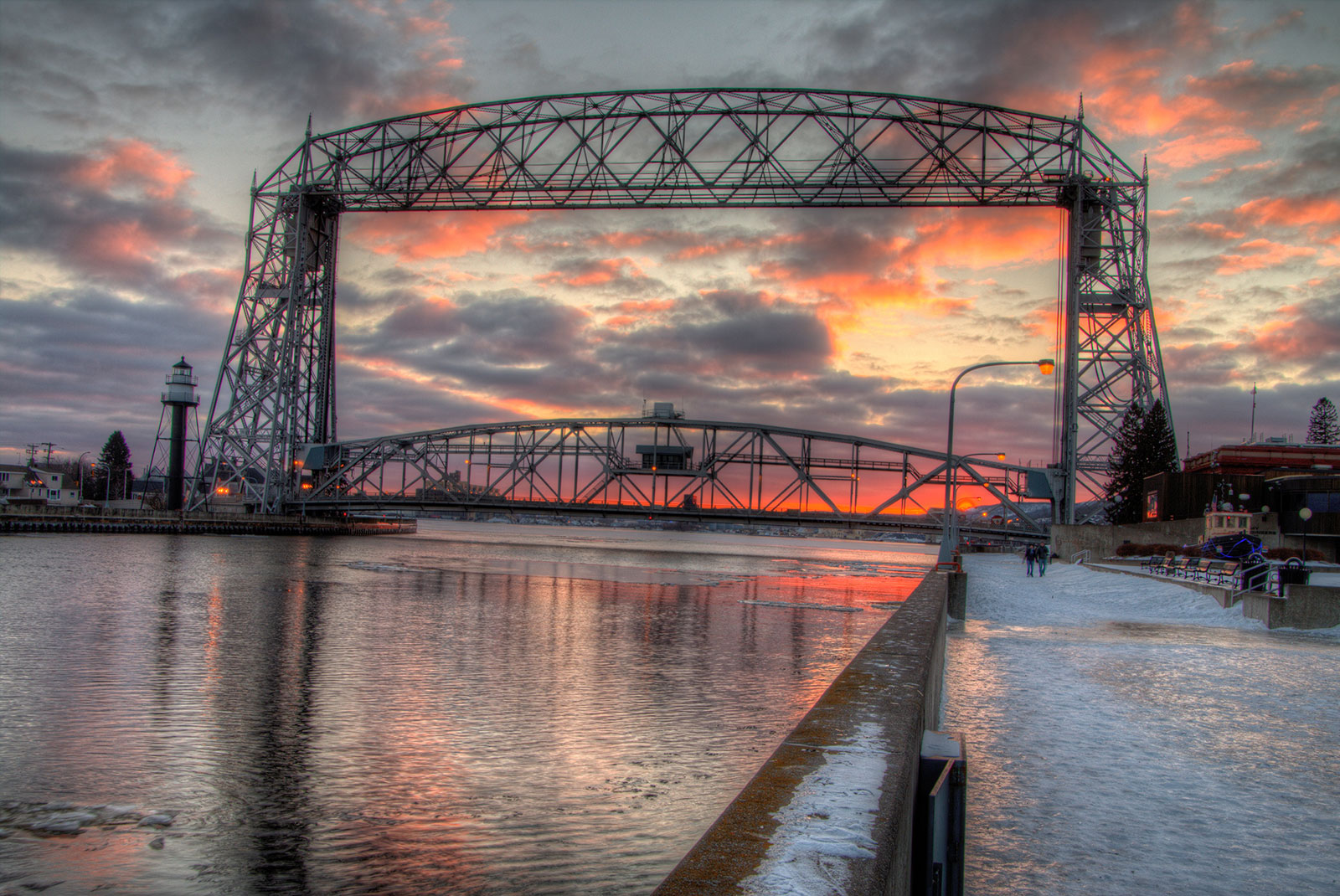 After the Twin Cities, the next largest population centers in Minnesota are Duluth and Rochester. Since the early 20th century, Duluth has been a bustling industry town; today, the city is the busiest port on the Great Lakes and doubles as a major tourist destination. Homes in the area range from glistening new waterfront condos to stately historic homes from the town’s first boom in the early 1900s.

Rochester, the third largest city in the state, is home to the Mayo Clinic, a hospital system that is consistently ranked as one of the top medical facilities in the world. The city also boasts a growing technology community, anchored by a long-time corporate IBM facility in the area. Like Duluth, Rochester’s housing stock varies from new construction and multi-family housing options, to larger homes built in 1940 or before.

If you’re looking for a small-town feel, Minnesota also has plenty of charming communities with smaller populations and plenty of Main Street appeal:

Minnesota’s strong local economy is anchored by its 16 Fortune 500 companies, which vary in specialty from healthcare, to consumer packaged goods, to financial services and more. Many new residents to the state are brought here as employees of these companies, which include:

Minnesota is known for having an exceptional school system. In fact, when ranked for quality and safety, Minnesota’s schools rank 7th in the nation. Whether you’re choosing public schools or a private education, both school systems are highly revered in Minnesota.

For Minnesotans, education is valued at every stage. The state is home to one of the largest universities in the Midwest, the University of Minnesota (a Big 10 school), along with a variety of other universities and liberal arts colleges.

5. Property values vary across the state

While property values fluctuate throughout Minnesota, this is likely the case in any state. When looking for a home in the area, be sure to work with your REALTOR® to find the property with the best value for you and your homeownership goals.

It’s important to mention that all these benefits come at a cost. Income tax in Minnesota is on the higher end of the spectrum. Situated at 9.85 percent, the income tax rate in Minnesota is something to keep in mind while relocating from a potentially lower taxed state.

7. Diversity is on the rise

While the majority of Minnesota’s population identifies as white, diversity within the state is increasing. According to Minnesota Public Radio, “Nearly all of Minnesota's net population growth in the past decade has come from populations of color, and these populations are expected to drive future growth as well.” 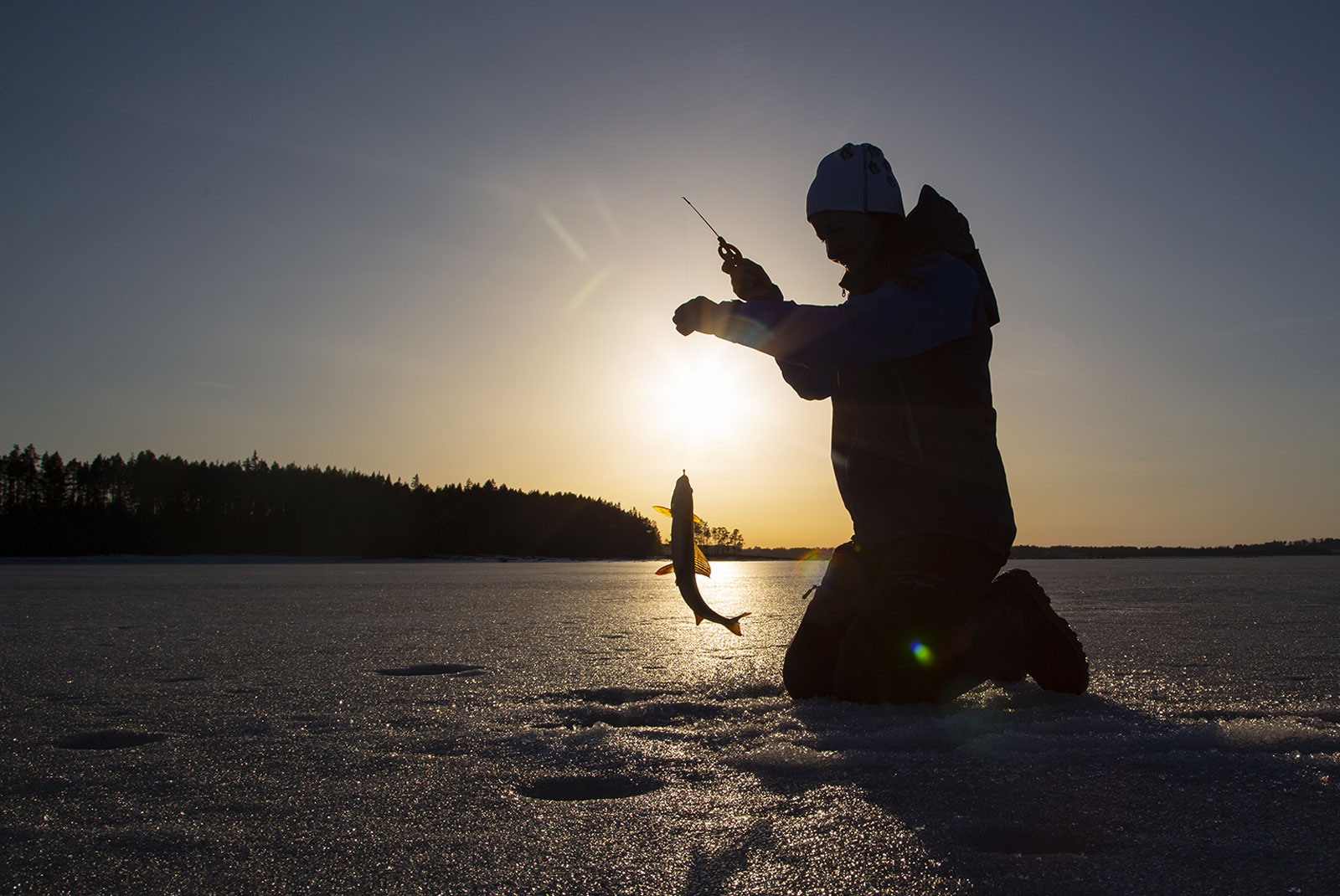 Winters are always white in Minnesota. Each year, an average of 36 to 70 inches of snow falls across the state. If you aren’t accustomed to the snow, be sure to stock up on winter gear, like a down coat and hefty mittens.

Although snow may sound daunting, winter brings a bunch of seasonal activities for you to enjoy in Minnesota. Try ice fishing on Minnesota's best lakes or bundle up inside and embrace an environment filled with plenty of hygge. 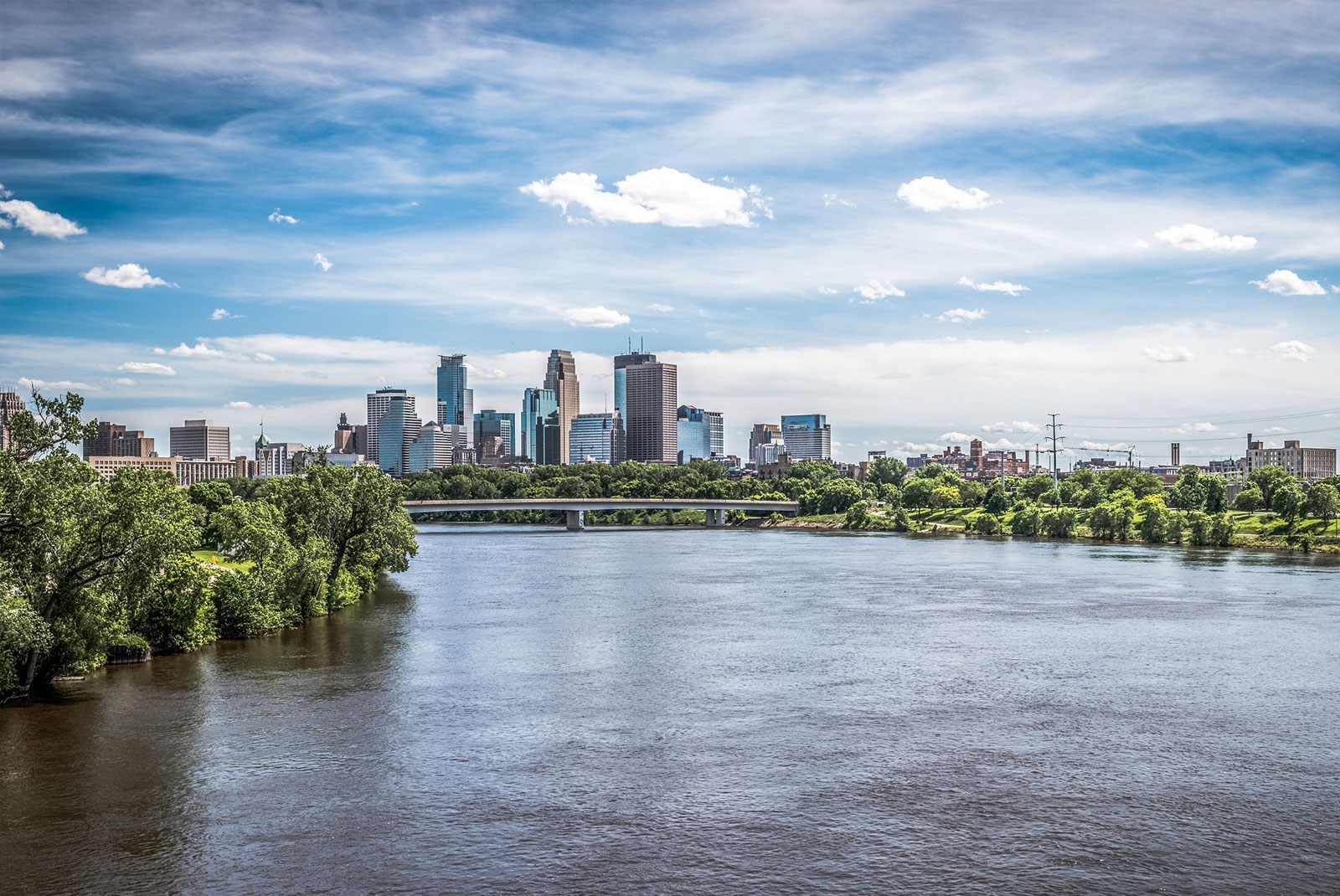 Although the state is known as the Land of 10,000 Lakes, Minnesota is actually home to nearly 12,000 lakes. Those lakes are a year-round destination for Minnesotans to engage in their favorite pastimes, including fishing, kayaking and boating.

Additionally, owning a lakeshore home or cabin is popular in Minnesota. With so many lakes in the area, a property on the water — whether it’s your main home or a weekend retreat — is coveted.

10. The outdoors are part of life

Minnesotans love to partake in outdoor recreation and we were recently ranked the 8th fittest state in the country. If you enjoy spending time in nature, Minnesota could be a great state for you. Here are some of the outdoor activities that are popular in the area: 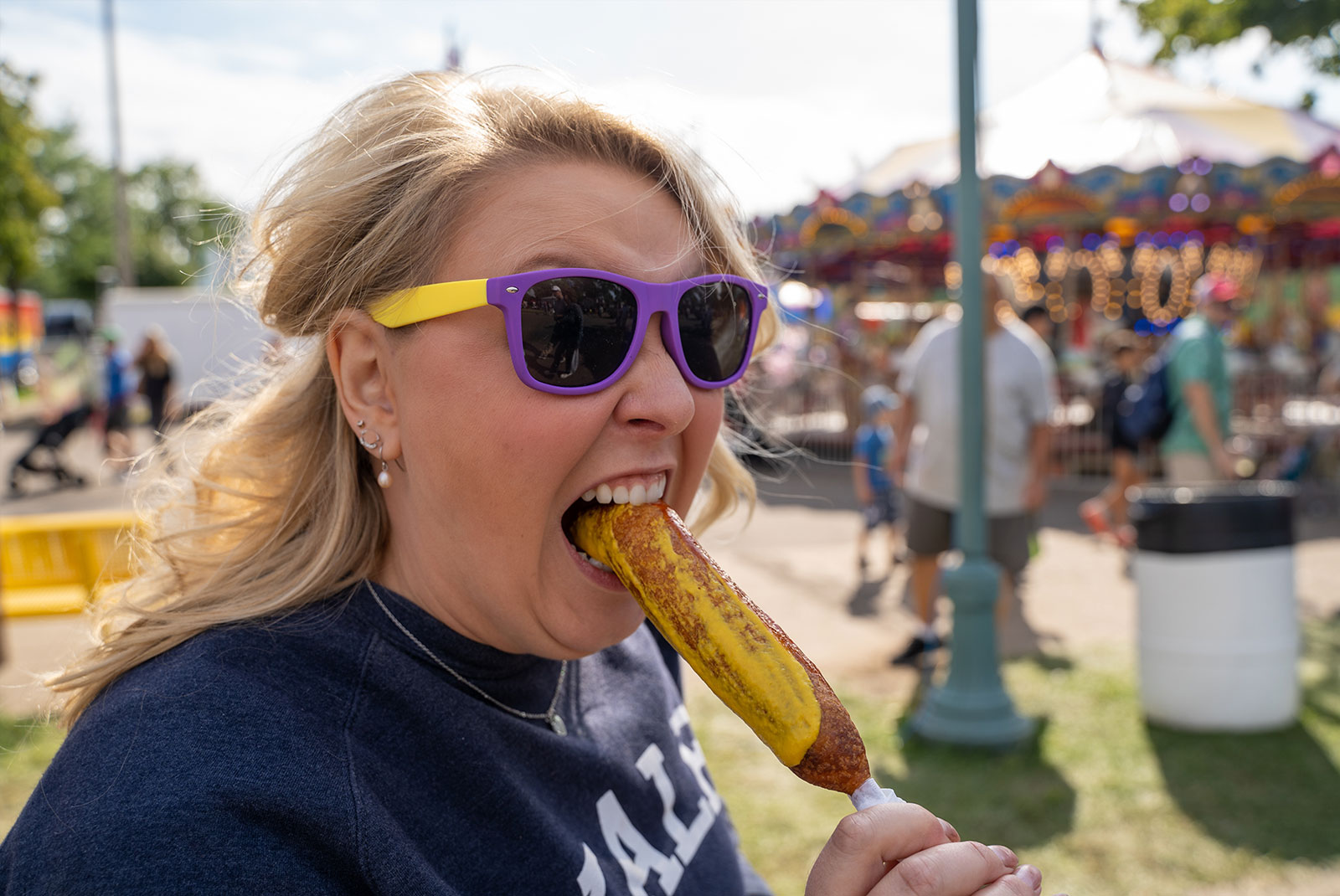 The Minnesota State Fair originated in 1859 and is still going strong today. The fairgrounds cover 322 acres that come to life every summer for Minnesotans to gather and celebrate. Rides and exhibits are always anticipated, however, delicious food may be the biggest draw to the Minnesota State Fair. Don’t expect a fancy event: the fair is known for serving everything deep-fried and on a stick.

12. The North Shore is sacred

The North Shore is a stretch of land in Minnesota that borders one of the Great Lakes, Lake Superior. The area is brimming with outdoor activities and quaint towns to explore. Whether you’d like to move to the area or visit, be sure to check out this mile-by-mile list of things to do on the North Shore of Minnesota.

13. We take burgers and beer seriously

Picture a regular hamburger, but then as you bite into it, cheese oozes out from the center. This is a Juicy Lucy, and it’s a Minnesota staple. While everyone from out-of-state burger joints to at-home meal kits now boast this offering, Minnesotans lay claim to the invention. And once you’re a Minnesota resident, you’ll have to taste-test the offerings at Matt’s Bar and 5-8 Club, which have long been fighting over the title of Minnesota’s best Juicy Lucy.

The burger scene has been well-established for decades, but the brewing industry has taken off over the last decade and is expanding well outside major centers like the Twin Cities. Even rural towns are beginning to add craft breweries on Main Street. Here are some of Minnesota’s favorite breweries to check out (one may be located in your next neighborhood!):

While the State Fair is the biggest festival held in Minnesota, a variety of fun happenings and events are hosted throughout the year, including:

15. Minnesotans are (really) proud of their state

This article is far from the last time you’ll see a Minnesotan bragging about all their state has to offer. Because of its culture, education, cost of living, low unemployment, great food and other factors, Minnesota commonly lands on the top of many national “best of” lists. Once you become a resident, you’ll proudly share this news with your out-of-state friends and family, too!

Relocating your home can be a significant undertaking. If you’re considering moving to Minnesota or relocating within the state, Edina Realty will help you simplify the entire process.

Our comprehensive real estate services are second to none, so you can rest easy knowing that your Realtor is working hard for you. If you’re ready to move forward in your relocation journey, reach out to Edina Realty or your agent today

FHA loan limits for Minnesota in 2022

FHA loan limits for Wisconsin in 2022

Do you qualify for down payment assistance?